Tudor goes on a huge wave. Let´s beat her 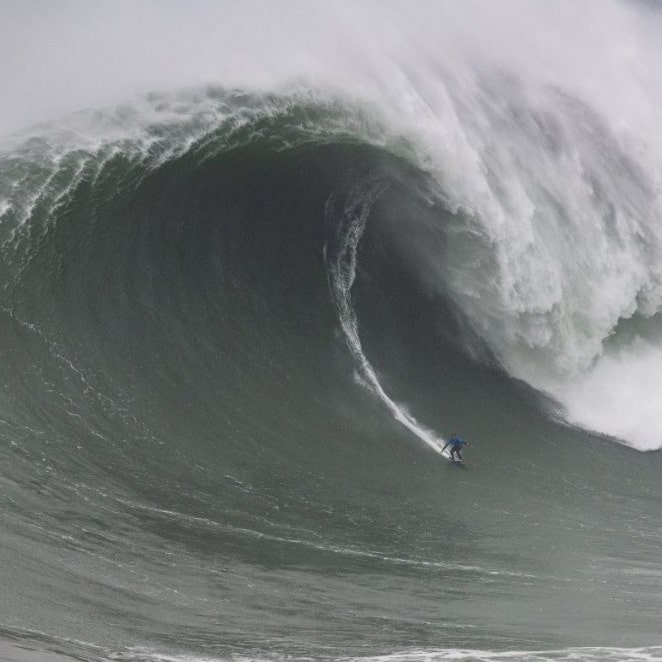 Big wave surfing is both daring and exclusive. Only a handful of women and men worldwide can surf the 20-plus meter high monster waves of Nazaré, the Portuguese fishing town that is home of the tallest surfable waves in the world.

Not many more dare to venture out at Jaws (Pe’ahi) in Maui, Hawaii on any day of the year. The official holding period for the WSL Big Wave competitions runs from November 15, 2021 through March 31, 2022. Each competition will take place on the best day of waves during the holding period and event officials will monitor swell-producing storms, watching for the precise conditions that will produce waves in the competition range.

Once the call is made the competitors will have 72-hours notice to travel to these destinations and be ready to compete. In keeping with its founding #BornToDare spirit, TUDOR will be the title partner of the Nazaré event and the presenting partner of the Jaws event

A global sports, media and entertainment company, the WSL oversees international tours and competitions, a studios division creating over 500+ hours of live and on-demand content, and via affiliate WaveCo, the home of the world’s largest high performance, human-made wave. Headquartered in Santa Monica, California, the WSL has regional offices in North America, Latin America, Asia Pacific, and EMEA.

The WSL annually crowns the men’s and women’s surfing World Champions. The global Tours and Competition division oversees and operates more than 180 global contests each year across the Championship Tour, the development tiers, including the Challenger, Qualifying and Junior Series, as well as longboard and big wave properties.

TUDOR is an award-winning Swiss-made watch brand, offering mechanical watches with refined aesthetics, proven reliability and unique value for money. The origins of TUDOR date back to 1926, when “The Tudor” was first registered as a brand on behalf of the founder of Rolex, Hans Wilsdorf. He created the Montres TUDOR SA Company in 1946 to offer watches with the quality and dependability of a Rolex, at a more affordable price point.

Because of their robustness and affordability, throughout their history TUDOR watches have been chosen by the boldest adventurers on land, underwater and on ice. Today, the TUDOR collection includes emblematic models such as Pelagos, Black Bay, 1926 and Royal.