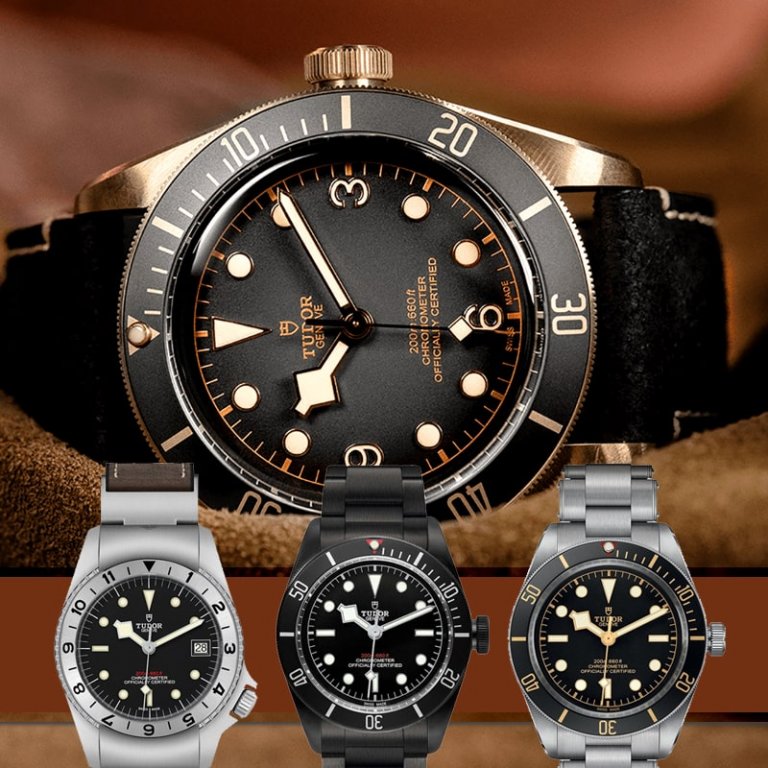 Reliability, faith in progress, the desire to embark on an adventure that will affect your life. This is Tudor, this is a brand of accessible clocks for those who live with passion.

Rolex is a constant, a guarantee of quality, original style and a long and honest journey, which leads to a unique experience and emotion. And at the beginning of the idea of moving the Tudor brand into the world of spotlights, this was just the basis.

Its founder Hans Wilsdorf, a businessman of German-British origin and at the same time to some extent a visionary, was inspired by the previously established and very successful Rolex in the 1920s.

But he had a dream. To have within his own portfolio (in practice the portfolio of Rolex, which is also its “child”) also something more affordable to the wider masses. But what does not lose in quality, taste, experience or elegance.

So since February 1926 we have the Tudor brand here. And a graceful and inspiring ride can begin.

The new “product” was an immediate success. He conquered part of Western Europe, and six years later even reached the opposite side of planet Earth. Australia was conquered by the Tudor Catanach´s model, named after a family of jewelers.

After the war, it took an idea and courage

Since 1939, the Europe has been hardened by the Second World War, and business, of course, has not been so successful. Shortly after its end – in March 1946, but Wilsdorf made an excellent marketing move. The world has been brought to its knees by bloody conflict needed and needed boost even on an aesthetic level. And when an experienced trader put emotion, experience, foresight and passion in, Montres TUDOR S.A. was founded, with the aim of focusing on a balanced work for men and women.

The second half of the 1940s was then significant for Tudor. Because the brand defined the path and goals in detail, put into practice the idea behind the creation of the brand itself. Gradually, the new logo and the Oyster prototype based on perfect appearance, reliable and accurate chronometer and water resistance.

The high form of accessibility for the general masses gradually increased the popularity of the Tudor. For the next 30 years, the Submariner model has perfectly influenced the world of depths and diving itself. The new, more sophisticated look and the overall design shift immediately found fans. Unique dials, hands known as “snowflakes”, models with smaller case diameters and a shield logo symbolizing resistance and reliability have defined the Tudor watch.

With the second-generation Oyster, it was possible to dive to a depth of two hundred meters, which was then very interesting not only for water enthusiasts, but also for professionals from the navy, respectively army. The change also affected the Plexiglas crystal, which evolved from arched to flat, thick and at the same time distinctive.

Tudor, of course with the help of his older brother Rolex, perfectly reflected the changes in society and the growing technological progress. The functionality of the models was visibly increasing, the watchmakers offered ideas that had a positive response from customers.

A modern and reliable partner

If we are talking about the Tudor brand today, we can declare with one hundred percent certainty that on the way to constant improvement, it drives not only to experience watchmakers, but also the unfettered courage to discover.

A Tudor watch is built for those who dare to step out of their comfort zone. It is designed to perform in all and every condition. From a refined evening out to the most extreme environments imaginable.

The wearers of a Tudor today are not so very different to those of the past. They are people with unconventional attitudes. People with ambition. People who are willing to pursue their passions – no matter where they take them. Like Tudor, they believe in learning from and building on past experiences to inform how they think and behave today.