Tudor takes the race to the seas 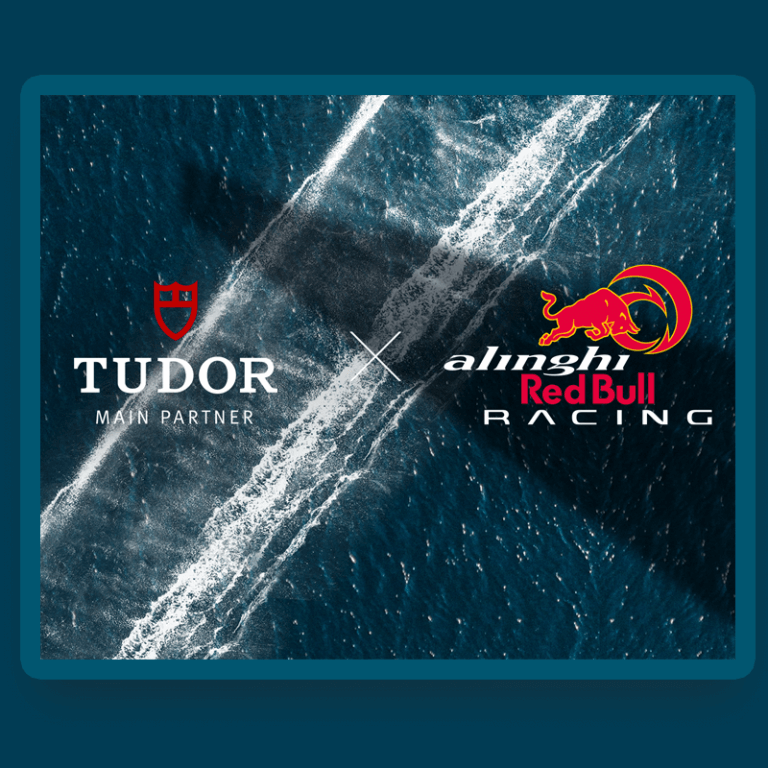 Participating in the America’s Cup, the world’s most important sailing event and long-established sporting trophy, requires vision, innovation and audacity. It is this spirit that led to TUDOR joining forces with Alinghi Red Bull Racing; a team that unites the legendary two-time America’s Cup winner, Alinghi, with a driving force in global sport, Red Bull and that will sail under the flag of the Société Nautique de Genève.. TUDOR lives by this daring spirit since its very creation, a century ago, and today celebrates through its signature #BornToDare.

TUDOR’s #BornToDare signature celebrates the adventures of daring individuals who, over the years, have achieved the extraordinary on land, ice, in the air and underwater, with a TUDOR watch on their wrists. The #BornToDare spirit is supported globally by personalities and organizations whose remarkable achievements are the result of a fearless and visionary approach to life. TUDOR’s partnership with Alinghi Red Bull Racing complements these associations and reinforces the message.

#BornToDare also refers to the revolutionary vision of Hans Wilsdorf, the founder of TUDOR, who dared to manufacture affordable watches that are able to withstand the most extreme conditions. Finally, it is a testament to TUDOR’s uncompromising approach that has helped to make it what it is today; at the cutting edge of the watchmaking industry, with unique innovations that have become essential references.

At the end of 2021, after a decade of absence from the Cup, Alinghi announced at the Société Nautique de Genève that it was launching a bid for the 37th edition of the America’s Cup together with Red Bull. Now TUDOR takes the plunge and joins the team as its Main Partner.

Scheduled for 2024, at a location yet to be determined, the competition will be the culmination of a long and meticulous preparation phase for the Alinghi Red Bull Racing team, which has established its headquarters near Lausanne, in Écublens, Switzerland. This is where the competing boat will be built, in line with the requirements of the Deed of Gift, the America’s Cup competition rule book. The “Swiss Made” crew is being assembled and has already begun training on GC32 class catamarans.

TUDOR is an award-winning Swiss-made watch brand, offering mechanical watches with refined aesthetics, proven reliability and unique value for money. The origins of TUDOR date back to 1926, when “The Tudor” was first registered as a brand on behalf of the founder of Rolex, Hans Wilsdorf.

He created the Montres TUDOR SA Company in 1946 to offer watches with the quality and dependability of a Rolex, at a more affordable price point. Because of their robustness and affordability, throughout their history TUDOR watches have been chosen by the boldest adventurers on land, underwater and on ice.

Alinghi Red Bull Racing, Challenger for the 37th America’s Cup, brings together two sporting icons, equally obsessed with reaching peak performance. Alinghi, twice winner of the America’s Cup in 2003 and 2007, returns to the competition by joining forces with a driving force in global sport, Red Bull recently buoyed by being crowned of F1 World Champion.

This association is unprecedented and comes with a renewed team and a fresh approach. Beyond the 100% Swiss Made sailing crew, Alinghi Red Bull Racing brings together cutting-edge skills, particularly in the field of design, with an international team comprising fifteen nationalities.