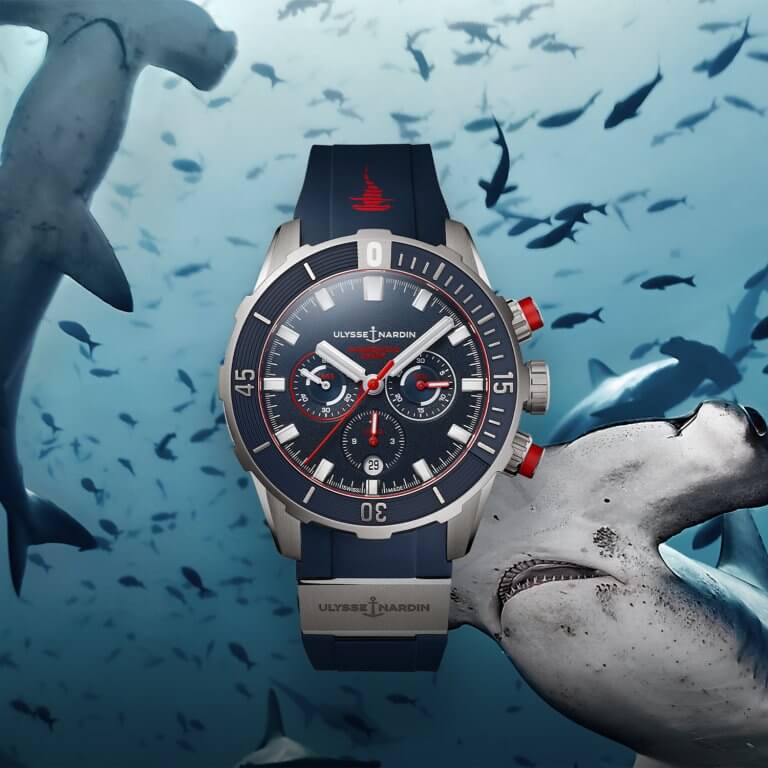 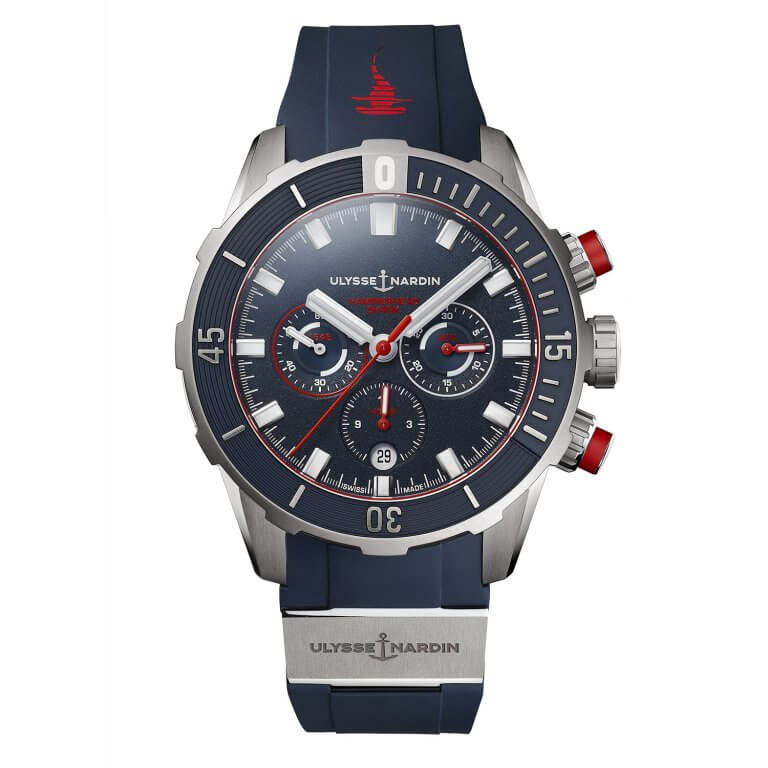 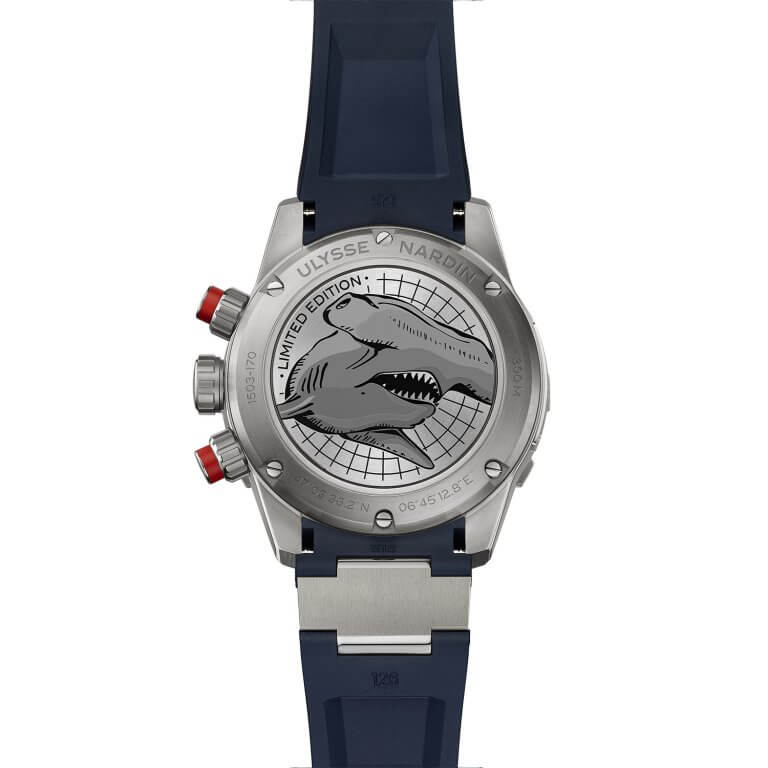 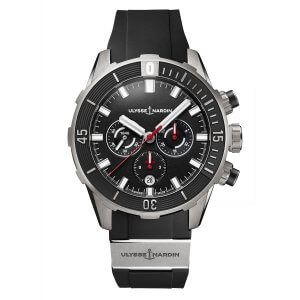 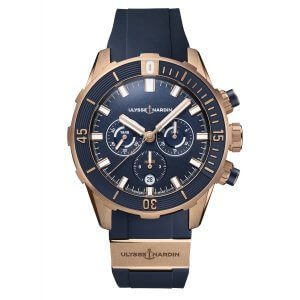 Ulysse Nardin is now emerging with the latest chapter in the Diver story: three new, bold 44 mm chronographs: a black and titanium version, a UN-blue and rose gold version and a blue & red and titanium Hammerhead Shark special numbered edition. These striking models cap the wave of the Ulysse Nardin armada of Diver watches, reasserting its uncontestable status as the watchmaker of the oceans and demonstrating the Manufacture’s capacity to sail ever forward.

“This is a 360° refreshed DIVER line that will soon emerge in stores. It took us one year to redesign the collection: the Diver 44mm and the Diver 42mm were launched in 2018, the Diver X and the Lady Diver were launched just last month. Now we’ve come up with three new yet instantly recognizable Diver Chronographs. All the UN Diver symbols have been cleverly reworked by our designers and set transversally throughout the entire collection: the pin buckle – just one easily identifiable Ulysse Nardin signature “element” – and of course a rotating, inverted and concave bezel with domed sapphire glass”, says Patrick Pruniaux, CEO of Ulysse Nardin.

Named for the unusual and distinctive structure of their heads, Hammerhead sharks are consummate predators that use their oddly “hammer” shaped heads to improve their ability to find prey. This limited-edition slam-dunk – only 300 pieces – features a hammerhead shark engraved on its case back. A special grid pattern engraved behind the shark’s wide-open mouth reinforces the aggressivity of the animal for a more stylish and masculine effect. In addition, the shark is now shown frontally and not in profile, for a bold and more assertive look.

Embracing the “hammerhead” tradition at Ulysse Nardin – the brand has been developing iconic “blue & red hammerhead editions” for a few years now – this new chronograph is also powered by the UN-150 automatic manufacture movement with a silicium escapement and 48 hours power reserve. Touches of red are everywhere: from the bezel joint, the chronograph seconds hand, the start/stop/reset pushers and finally the rubber strap with a red hammerhead shark sculpted in the rubber at 12 o’clock. The unique side plate is also engraved with red numbers.